How Investors Get Cheated With Data Visualizations

Savvy marketers know that numbers rule. Putting some data in a chart and displaying a data visualization is a key way to get the investor to believe that you know your stuff, and buy in to your message.

But savvy marketers also know that you can get the stats to say anything. Presented in the right way, charts can confuse, deceive, and even downright lie. Sometimes when pitching to investors, startups will spin the data and manipulate the charts, in order to manipulate the viewer. 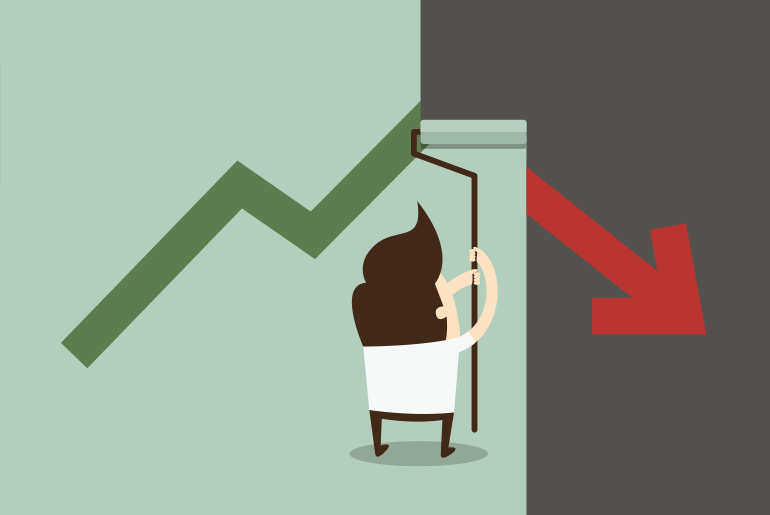 It’s important to ask questions of the data, rather than jump to immediate conclusions, which is what our brains automatically want to do. Context, analysis, and common sense are key.

Here are a few tricks that people pull with their charts: 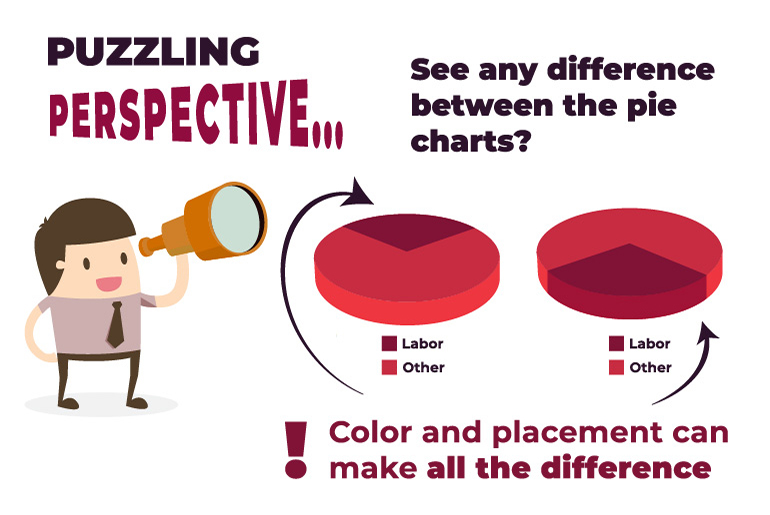 Human vision isn’t very good at interpreting in the third dimension. In any pie chart, the slice that is closest to you looks bigger, and seems more significant. We also tend to assume that the darker the color, the greater the number. By using more dark pixels, a slice is made more prominent, and so when more pixels are used to represent one slice of a pie chart, the slice appears more significant.

So here, even though both pie charts are actually showing the same data, the one on the left seems to suggest a bigger slice, purely because it is in darker colors and at the front. We tend to ascribe greater significance to foregrounded data, and business people and marketers know this, and use it to their advantage. 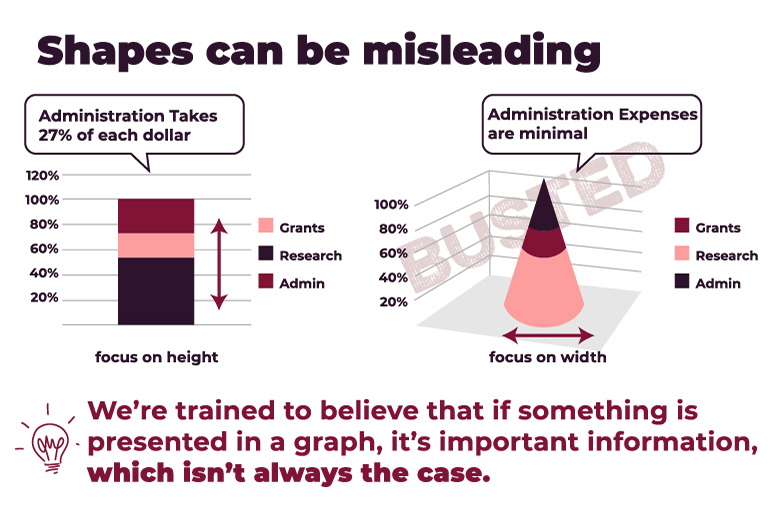 A classic way to mislead is to introduce irrelevant information. For example, the relevant property might be the height of a bar, but by using a cone, the width could appear significant. This means that cognitive cues are triggered, which are difficult to ignore.

That’s what’s going on here. By introducing the cone volume, we can’t help but ignore it, and assume that it carries some kind of meaning, making us assign a greater value to the larger part of the cone. But actually, it’s irrelevant.

The tricky thing here is that we have to use greater cognitive dissonance to ignore it. And that takes effort. We’re trained to believe that if something is presented in a graph, it’s important information, which isn’t always the case. 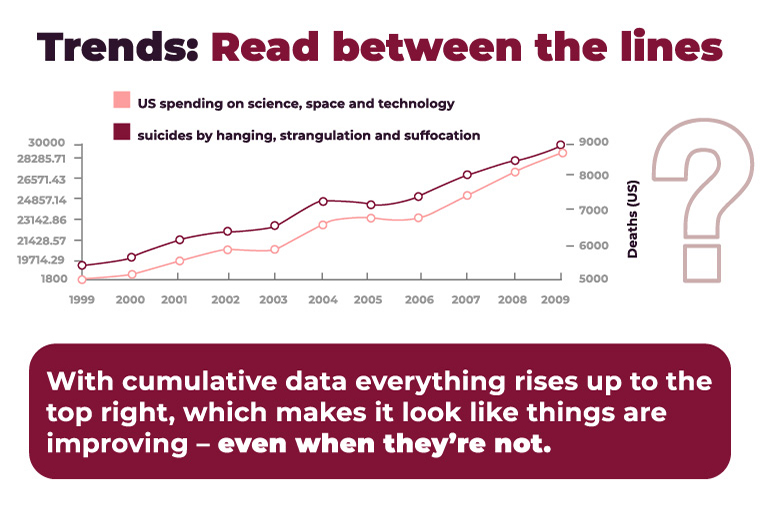 The red line in this chart represents suicide rates while the pink line represents spending on science and technology – it’s easy to assume that the two are linked, but are they? Correlation can apply causation, but that’s not always the case. Just because something is going in the same direction, or appears to be in sync, doesn’t mean that one directly caused the other.

Similarly, cumulative data always looks positive, and is often used to distract from declining figures. Everything rises up to the top right, which makes it look like things are improving – even when they’re not.

Sometimes people don’t want us to notice trends or numbers. So they bury them in other data. By overwhelming the viewer, it can make it difficult to see data points and figure out what’s useful and relevant. 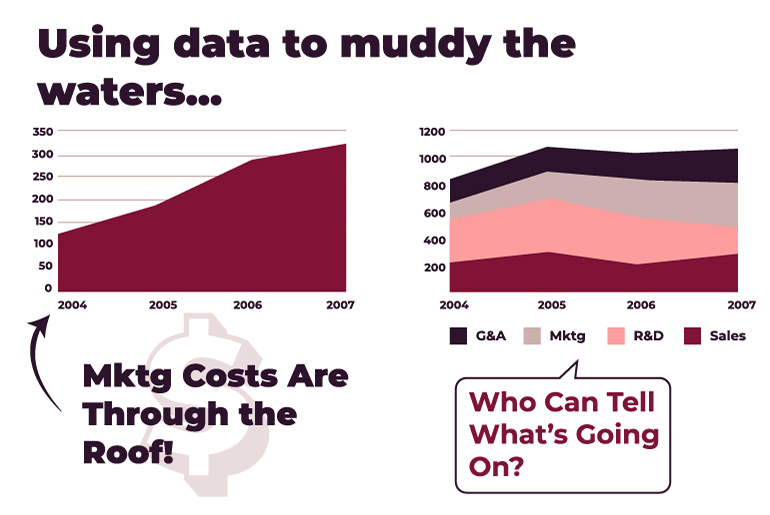 In these charts the left one clearly shows that marketing costs have tripled over three years. This same fact is there in the right chart, but it’s hidden amongst lots of other data. This softens the impact of the sharp incline in marketing costs, and makes that increase difficult to quantify.

By adding in lots of additional data, it muddies the waters, and makes it hard to focus on what really matters. At the same time as omitting data can be powerful, so can adding too much in.

These two charts seem to depict two different data sets. But if you look closely you’ll notice that the only difference is scale. It’s difficult to take in both the scale and the data at the same time. So we look at the general curve, then decide if it’s worth looking at the scale. By that time, our first impression has been made. 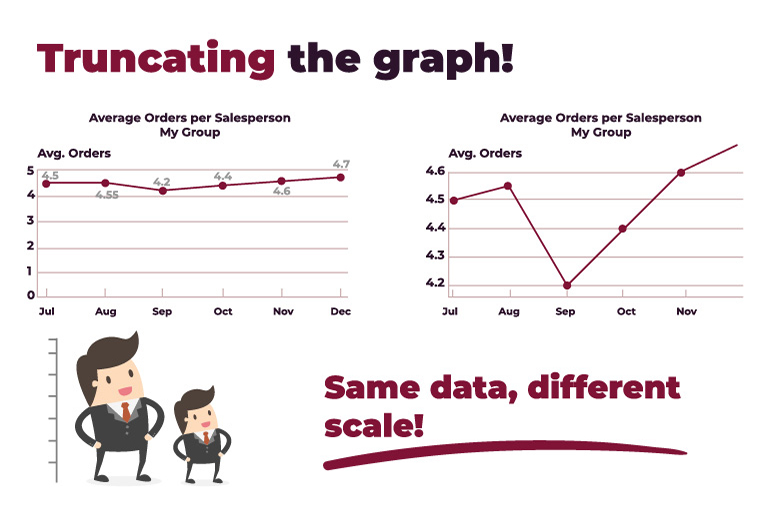 Another frequent tactic is to start the baseline at somewhere different to zero, or vary the minimum values. Often this is done for dramatic effect, overly exaggerating the relational scale. We usually assume the base is zero, but by tweaking this the scale is different, and it can make differences look larger than they actually are. This is called truncating the graph. It’s usually done by shifting the minimum value of the y-axis to better highlight the differences. Any graph can be manipulated by simply changing the ratio of the x and y axes – even if they shouldn’t be.

Sometimes people put two charts which have different scales side by side, making us automatically compare them, even though we shouldn’t.

There are numerous ways to play with data visualizations and manipulate the viewer. Charts and visualizations are meant to make things simple and clear, but playing with numbers, size, colors, scales and prominence can all affect the way we interpret the data. It’s all done by knowing and playing on expectations, and addressing our intuition that automatically seeks shortcuts, which can sometimes get in the way of the facts.

The solution to these data visualization challenges is standardized reporting and analysis across your portfolio. Using software like RetentionX that produces trustworthy reports backed up by data science, KPI calculations that are standardized, and reports on industry benchmarks. This makes companies and their performance really comparable. Data matters – but it needs to be presented and used in the right way. With RetentionX you can have confidence in your data visualizations and know that the right data is being presented clearly and compellingly, telling the message you need it to. Try it out today for your current portfolio companies but also for the due diligence of any new company you maybe want to invest in. 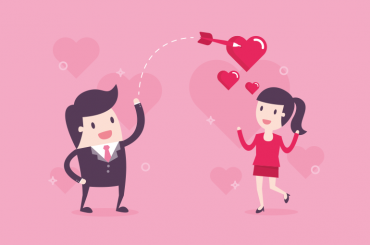 The Ultimate Guide to CLV in Ecommerce 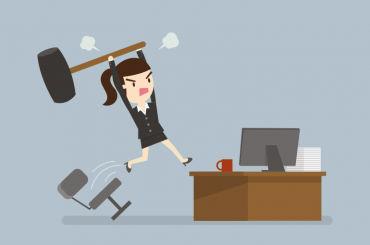 Stop Fooling Yourself With Data 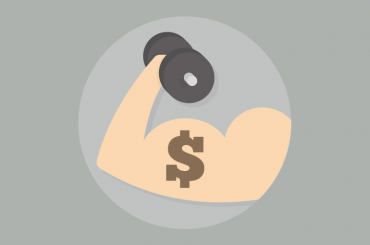 The Buy-Til-You-Die Model: CLV On Steroids

How To Create Better Charts 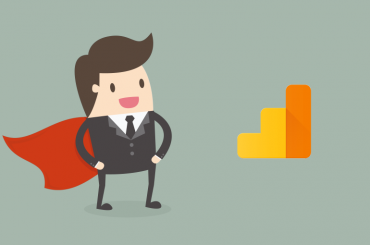