Can You Make Rational Decisions?

I’m sure most of you think they can… 😏

But over 70% have proven the opposite in our following test.

By rational decision-making, we mean leveraging objective logic, data and analysis rather than subjectivity and intuition in order to solve problems or achieve aims. It is a step-by-step model for identifying a problem, picking a solution between several alternatives and finding an answer. 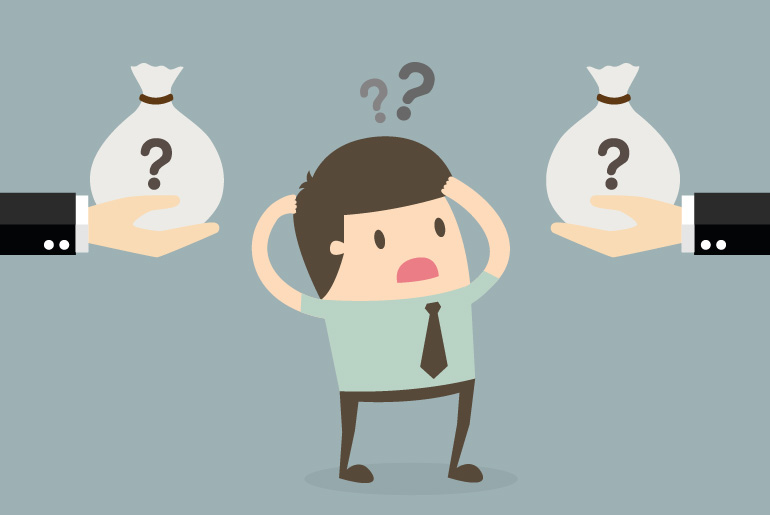 Do you like to think that you a rational decision-maker? 🤓 Why not try the following test to find out? But don’t get too nervous, if it all turns out bad, there’s always a solution to hand.

Test Yourself: How Rational Are You? 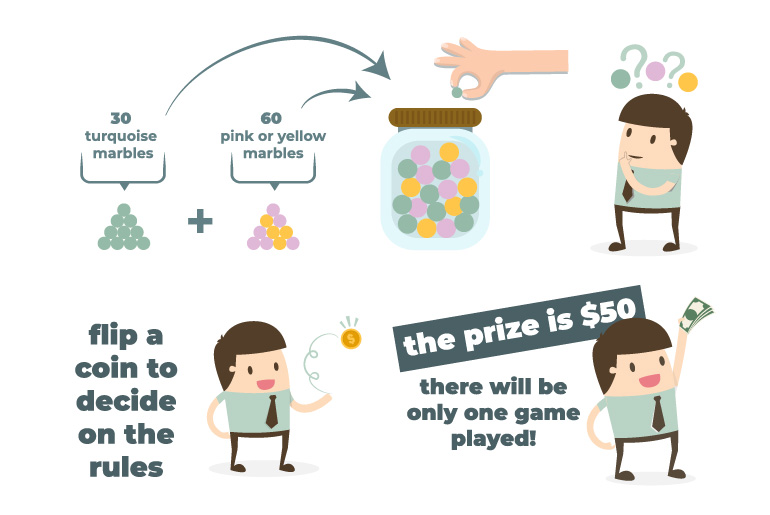 For the test, there is a box with 90 marbles. In total inside, there are 30 turquoise marbles and 60 other marbles that are either pink or yellow. You have to decide on the rules of two possible games before we start to play. Then, a coin will be flipped to decide whether Game 1 or Game 2 will be played. Then a marble will be drawn from the jar and you’ll see if you have won based on your decision.

The prize is $50 and there will be only one game played. You won’t know which game we are playing until we start, so you have to choose your answers beforehand for both possibilities.

We will begin with your decisions.

You can choose between Choice A or Choice B:

👉 Choice A: You win $50 if a turquoise marble is drawn, or nothing otherwise.

👉 Choice B: You win $50 if a yellow marble is drawn, or nothing otherwise.

Write down your choice between A or B. If you don’t really care than you can let a flipped coin decide for you. 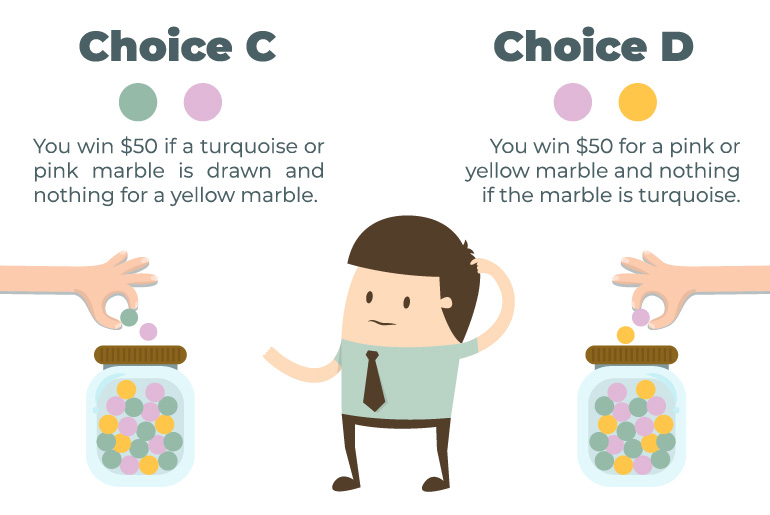 You can choose between Choice C or Choice D:

👉 Choice C: You win $50 if a turquoise or pink marble is drawn and nothing for a yellow marble.

👉 Choice D: You win $50 for a pink or yellow marble and nothing if the marble is turquoise.

Again, write down your choice and if you don’t really care, you can again let a tossed coin decide for you.

Results – Did You Make A Rational Choice? 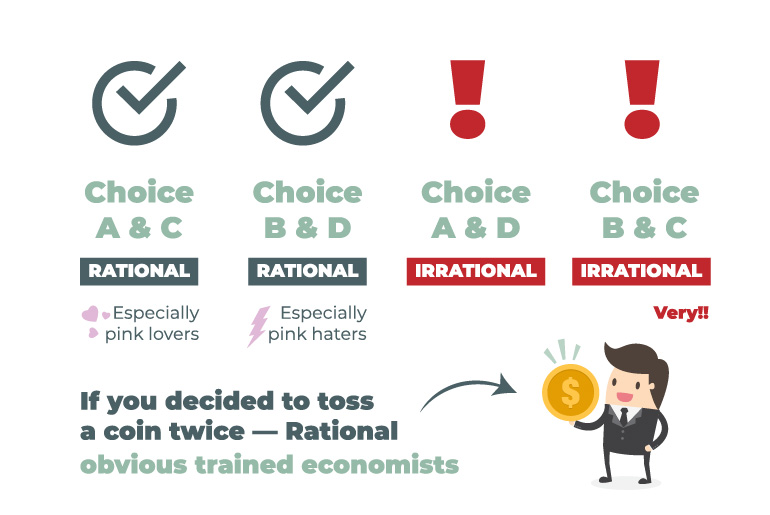 The trained economist has no preference whatsoever between all of the choices: 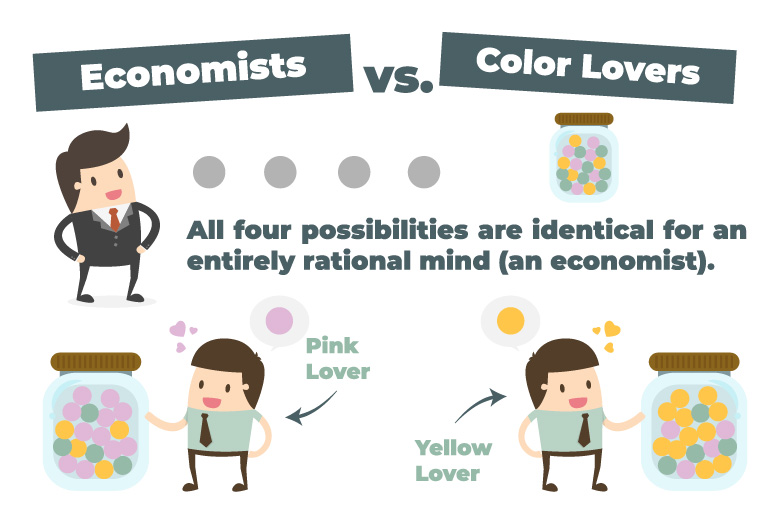 Apart from the 30 turquoise marbles, there is no information about the other remaining 60. There is no reason to suggest that there are more yellow ones than pink ones or more pink than yellow ones.  So, for an economist there are 30 of each color and no choice option is more attractive than another. In each case, 30 marbles will be a bad choice and 60 another, irrespective of the color.  Therefore, the economist is indifferent and picks arbitrarily or flips a coin.

So, what happens if we are not economists and need something else to spur on our decision?

If you are somehow attracted by colors rather than being indifferent, then this can have an effect. Pink lovers really want there to be more pink marbles than yellow ones. So, no matter if there is just one more pink marble than a yellow one, if only one game is played, or in order to win the $50, pink lovers would go for A and C.

The only response for those who want to win $50 and who hate pink or like yellow would be choices B and D.

The choice of A and D is irrational and one reason behind it is inconsistency. 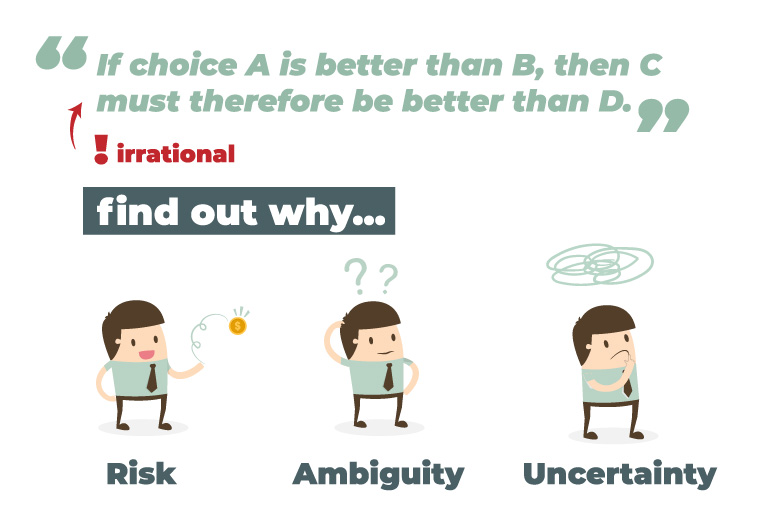 So, given that the choice is irrational and inconsistent and the option is often chosen, why do people pick these options? To answer that question, we have to understand the difference between risk, ambiguity and uncertainty:

👉 Risk is where decisions are taken when the probabilities are known explicitly (A & D). g. tossing a coin, rolling a die.

👉 Uncertainty – many possible definitions and could refer to either risk or ambiguity. 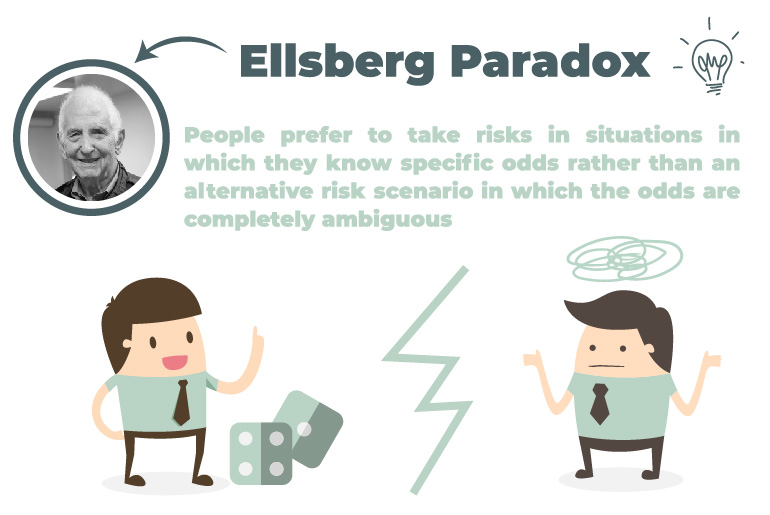 The above test was invented by the decision theorist Daniel Ellsberg. He used it to demonstrate a paradox in decision theory, the Ellsberg paradox, named after him, although a version of it was discovered somewhat earlier by the British economist John Maynard Keynes.

It proves what is known as ambiguity aversion or also uncertainty aversion.

One reason behind the A & D choice is this aversion to ambiguity. If you continue only to think that there are just 30 turquoise marbles, and you haven’t allocated a possible number to the pink or yellow marbles, then Choice A and Choice D are the only options where there is no ambiguity. As humans, we feel uneasy with question marks and unclearness. Although A and D are irrational and inconsistent choices, they are nicer or easier to take on than B and C. 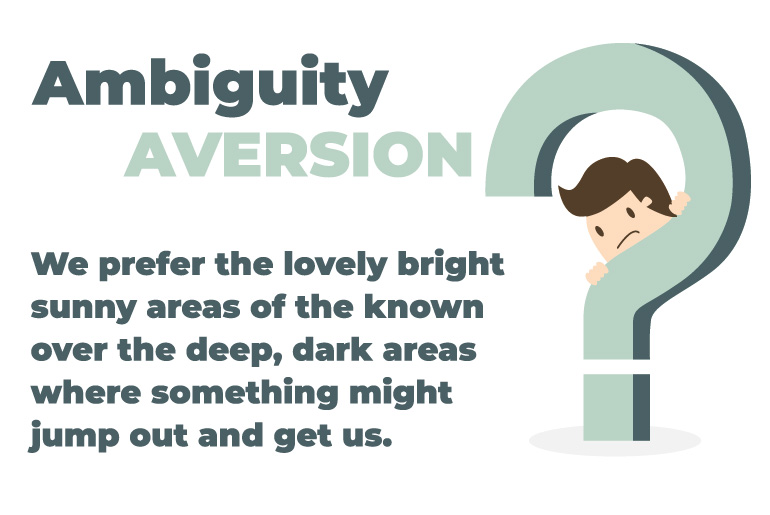 But doesn’t that hinder us?

How Can I Become More Rational?

Is there no cure for, let’s call it, this non-rational, irrational, reasonless, unreasoning behavior or are we doomed to be successful ambiguity-avoiders forever?

The answer is YES, there are remedies.

We can start trying to be more rational about business decision-making processes and we can use decision intelligence to fill in the gaps that we need.

RetentionX is a pioneering company in this field with a Data Science Solution that was created to facilitate the day-to-day life of corporate decision-makers. The out-of-the-box solution converts data into clearer actions and there is no need for any Business Intelligence or Data Science Specialist. Hidden value in data is revealed by way of thorough analysis to help to predict future outcomes and provide recommendations for action.  Furthermore, there’s no time-wasting, as RetentionX can be up and running within 120 minutes and fully integrated with existing systems.

It is now crystal clear that most of us “normal” human beings are not very good at making rational decisions and we kind of don’t like the sound of that either. But there is still hope for us, if we know and understand our weaknesses and know exactly where to look to get help to fix it. 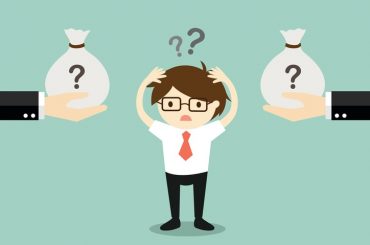 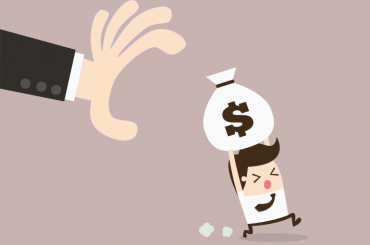 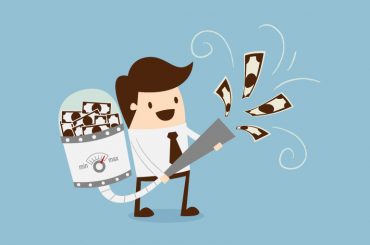 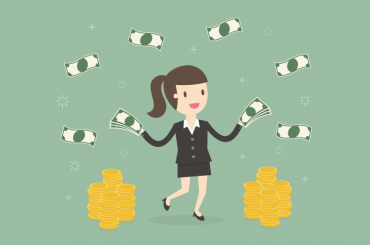 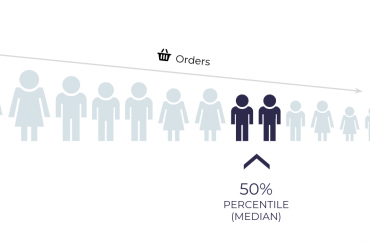 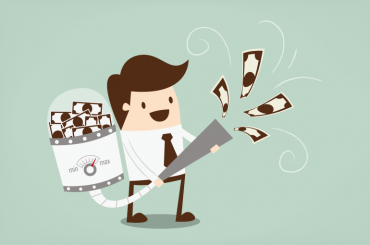